✝✡Only Judaism and Christianity is Right✡✝

“IT IS CALLED THE “HOUSE OF ONE“

“And upon her forehead was a name written, MYSTERY, BABYLON THE GREAT, THE MOTHER OF HARLOTS AND ABOMINATIONS OF THE EARTH. And I saw the woman drunken with the blood of the saints, and with the blood of the martyrs of Jesus: and when I saw her, I wondered with great admiration.”(  Revelation 17:5-6 KJV )!!

For many years now, NTEB  has sounded the Shofar to warn believers and non-believers alike of the coming One World Religion of Chrislam, the bastard hybrid of Islam and Christianity / Judaism. We have given you countless verified accounts of the efforts of early Chrislam founder and champion Rick Warren to prepare the Christians to accept this new religious paradigm. 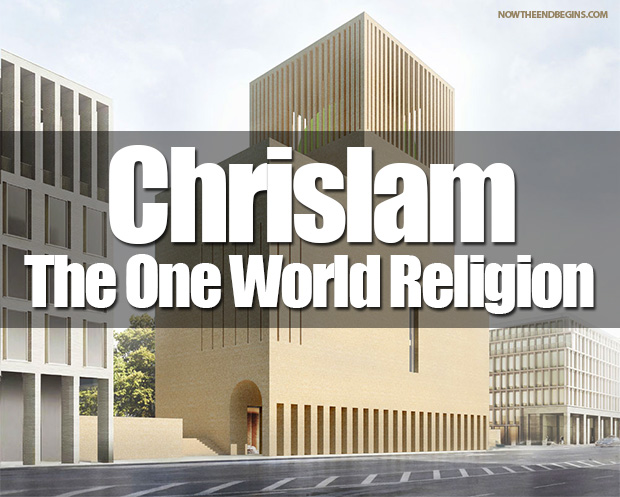 ( Berlin thinks it is making religious history as Muslims, Jews and Christians join hands to build a place where they can all worship. The House of One, as it is being called, will be a Synagogue, a church and a mosque under one roof. )

We have given you audio proof, video proof, and interview accounts from major news outlets around the world. We even pulled back the curtain on all the efforts of Pope Francis and the influence of the Vatican to drive through the creation of the One World Religion mentioned in the book of Revelation.

Have you paid attention? Are you listening?

Today’s bombshell is the natural next-step in the evolution of the One World Religion – a temple to call their very own. And where better to build that abomination than in the city that is most famous for introducing the world to Adolf Hitler and the Holocaust but in Berlin, Germany. If the irony of that doesn’t punch your buttons, then you need to go look up the definition of the word “irony”. Seriously, could it be any plainer, any more in-your-face than that?

Rick Warren Speaking at ISNA where evil Chrislam was born!! 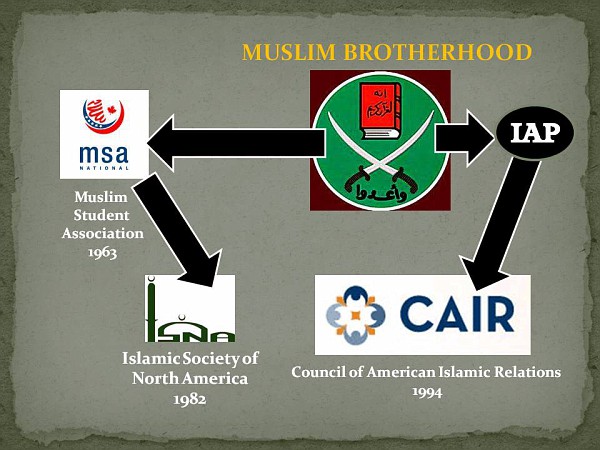 CAIR / ISNA / MSA are all the muslim brotherhood!!

They are calling it the House of One, and it is just that. The world’s 3 major religions under one roof where they will, at first, worship in separate compartments within the the complex, but then all come together to find that oh-so-elusive “common ground” that Rick Warren is such a fan of. If no one ever told you the secret to boiling a live frog in a pan of water without it first jumping out, go look it up. There is much wisdom there.

The BBC reports that an architecture competition has been held and the winner chosen. The striking design is for a brick building with a tall, square central tower. Off the courtyard below will be the houses of worship for the three faiths – the Synagogue, the church and the mosque. It is to occupy a prominent site – Petriplatz – in the heart of Berlin.

The location is highly significant, according to one of the three religious leaders involved, Rabbi Tovia Ben Chorin. “From my Jewish point of view the city where Jewish suffering was planned is now the city where a centre is being built by the three monotheistic religions which shaped European culture,” he told the BBC.

The imam involved, Kadir Sanci, sees the House of One as “a sign, a signal to the world that the great majority of Muslims are peaceful and not violent”. It’s also, he says, a place where different cultures can learn from each other. ( end BBC report )

The FALSE religion islam was created in Mecca 1400 years ago by satan ( the devil )!!

Yeshua Jesus Christ was here thousands of years before islam was even thought of!!

Ah, there’s the other shoe. The House of One is a “sign”, it is a “signal to the world”, that Muslims are “peaceful and non-violent”. How funny is that? But more than funny, it is something else. It is prophecy being fulfilled in your lifetime, in your hearing and in your sight. For those who can receive it, this is the One World Religion that will be headed up by the Antichrist after the Rapture of the true Church. This is where the Beast and the False Prophet will use religion to deceive not just many. but nearly every soul living on the earth.

“And this is life eternal, that they might know Thee the only True God, and Jesus Christ, whom thou hast sent.”( John 17:3 KJV )!!

Prepare yourself, for the time is short and the evil days draw nigh. Trust ( Yeshua Jesus Christ ) as the express image of the Living God sent by the Father in Heaven to save your soul. The age of Grace has just about run it’s course, and that which is “next up” is already assembled in the wings, waiting to be cued in by the Master conductor.

Don’t get “left behind“, because you just might not make it through.

is KING of kings and LORD of lords, HE is the ALPHA and OMEGA, HE is the FIRST and the LAST, HE is the BEGINNING and END!! Glory Glory Hallelujah,  Maranatha, and He Loves