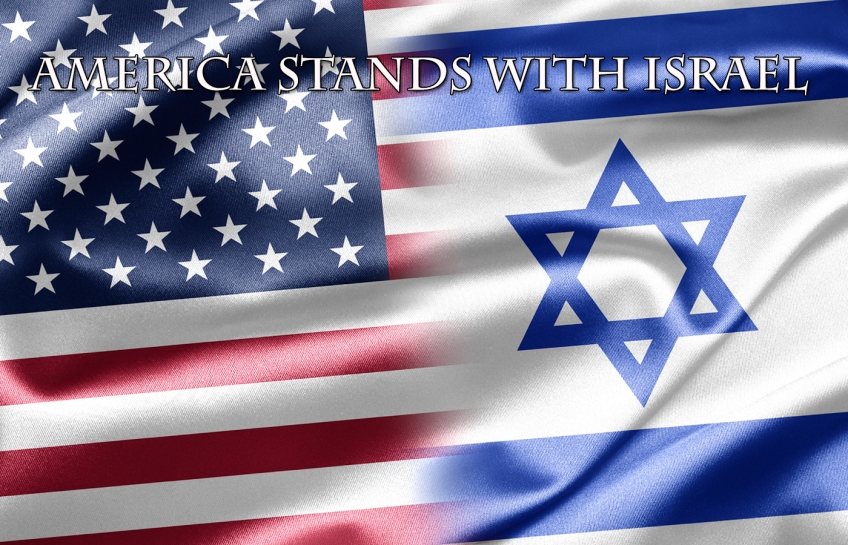 United We Stand with Israel and USA, Divided We FALL!!

Pray for the Holy Land of Israel and USA!!

“Behold, he that keepeth Israel shall neither slumber nor sleep.” ( Psalm 121:4 KJV )

PM fires at UN’s muddling of basic facts regarding Gaza. ‘There is no occupation of Gaza, because we withdrew,’ he explains.

Israeli Prime Minister Binyamin Netanyahu fired at UN Secretary General Ban Ki-Moon’s insistence that the “occupation” justified Hamas’s launching over 3,600 rockets on Israeli civilians on Monday, in a series of remarks before a private meeting with the international figure.

Netanyahu began by noting that the entire concept of an “occupation” in Gaza has been made moot after the 2005 Disengagement.

Netanyahu then pointed out that Ban justified Hamas’s rocket barrage despite the fact that it used the UN’s own facilities to break international law.

“The root cause of this summer’s outburst of violence was Hamas’ rocketing of Israeli cities, and these rocket attacks often exploited UN neutrality, using UN facilities and UN schools as part of the Hamas machine of terror,” he thundered. “And when rockets were discovered inside UN schools, some UN officials handed them back to Hamas – that very same Hamas that was rocketing Israeli cities and Israeli civilians.”

The Prime Minister then reiterated the fact that Hamas is a terror group dedicated to genocide against Jews.

“The root cause of Hamas’ rocket fire on Israel is Hamas’ opposition to Israel’s very existence,” he declared. “Hamas doesn’t give a hoot for the 1967 lines. For them, Israel has no right to live, in any borders. Hamas rejects our very existence. They’re committed to killing every Israeli and every Jew. You just have to read their charter – they say that very plainly.”

“So Hamas is the enemy of all of us who seek peace,” he continued.

Netanyahu did insist that peace, however, could “only be achieved” through peace talks – slamming as well the Hamas–Palestinian Authority ( PA ) “unity government’s pledge to prosecute Israel in the International Criminal Court ( ICC ).

“A real peace can only be achieved through bilateral negotiations with those who believe in peace,” he said. “I believe that unilateral steps by the Palestinians at the United Nations will not advance peace. I think they’ll do the very opposite. They’ll bring about a further deterioration in the situation – something none of us want.”

The PA has been threatening for years that it will sue Israel at the ICC. The PA’s Foreign Affairs Minister, Riyad al-Maliki, recently met with ICC officials and inquired about the legal procedures necessary for the PA to join the ICC and sign the Rome Statute, thus allowing it to take action against possible Israeli war crimes in Gaza.

That move came after the PA requested to join 15 international agencies in breach of the conditions of the peace talks that were going on with Israel at that time.

A senior PA official recently said, however, that Abbas had blocked the initiative to turn to the ICC in order to push forward a new peace talks bid.

If a deadline is not set for Israel’s withdrawal from Judea-Samaria, however, the PA has threatened to go ahead with the push anyway – despite the fact that experts say it, not Israel, is likely to be persecuted over war crimes.  Source:  Arutz Sheva!!

United We Stand with Israel and USA, Divided We FALL!!

Do Not Trust the Marxist muslim Barack Hussein Obama PERIOD!!

( I John 4:3 KJV ) “And every spirit that confesseth Not that Jesus ( Yeshua ) Christ is Come in the Flesh is not of God: and this is that spirit of antichrist, whereof ye have heard that it should come; and even now already is it in the world.”!!

GOD CREATED the HOLY LAND of ISRAEL for His People!! God will BLESS ISRAEL and those HE WILL BLESS them that HELP ISRAEL!! GOD will CURSE THEE that CURSETH  the people that do Not help and Support Israel State!!

MEMO TO: THE Palestinians / UN and all Arabs: All of Israel is God’s land, and has been given to the Jews. Not one square inch of it belongs to the mythical Palestinians or Arabs or anyone else. Your Religion is NOT holy, it is finished by your own hands, by your own choices. Your False Pagan moon god allah-satan baal is NOT a god!!

The False Pagan moon god allah-satan baal is NOT the god of ABRAHAM, ISAAC and JACOB!!

“And this is the writing that was written, MENE, MENE, TEKEL, UPHARSIN. This is the interpretation of the thing: MENE; God hath numbered thy kingdom, and finished it. TEKEL; Thou art weighed in the balances, and art found wanting. PERES; Thy kingdom is divided, and given to the Medes and Persians”. ( Daniel 5:25-28 KJV )!!

( Proverbs 3:5-6 KJV ) “Trust in the LORD ( ADONAI ) with all thine Heart; and lean not unto thine own understanding. In all thy ways Acknowledge HIM, and HE shall direct thy Paths.”!!