Washington, DC — President Barack Hussein Obama Jr. aka Barry Soetoro shocked the country this morning with news that he is running for a third term.

“I can’t abandon the American people now when they need me more than ever,” Obama told reporters at a press conference this morning. “We’ve come this far as a nation, now is not the time to do something different. This is the change you wanted and this is the change you’re getting.”

Senator Rand Paul of Kentucky told CNN he does not agree with Obama and his announcement. “This defies everything the Constitution stands for,” Paul said. “We can not let this man have a third term.”

In the history of this country only two presidents have served more than two terms, Theodore Roosevelt and Franklin D, Roosevelt. The major problem for Obama when he runs in 2016, is the 22nd Amendment. In short, the 22nd Amendment states, “No person shall be elected to the office of the President more than twice…”

The U.S. Constitution does make an exception in the 22nd Amendment though: “This article shall be inoperative unless it shall have been ratified as an amendment to the Constitution by the legislatures of three-fourths of the several states within seven years from the date of its submission to the states by the Congress.” This means Obama’s third term presidential run is only valid if he receives 75% approval from Democrats in the Congress.

A bill to abolish the 22nd Amendment was recently introduced into Congress by New York Democratic Rep. Jose Serrano and is gaining popularity. This is exactly the kind of news that makes an Obama 2016 Presidential run possible.

Paul Horner who is a spokesman for the Obama Administration told reporters how amazing this news is for the country. “Obama is guaranteed to win in 2016 and then we’ll all be able to enjoy this great man for another four years. Things could not get any better for the American people. I’m so stoked!”

Barack Hussein Obama Jr. aka Barry Soetoro USURPER CANNOT Run for a Third TERM it is UNCONSTITUTIONAL and WRONG!!

( Proverbs 24:21-22 KJV ) “My son, Fear thou the LORD and the king: and meddle not with them that are given to change: For their calamity shall rise suddenly; and who knoweth the ruin of them both?”!! 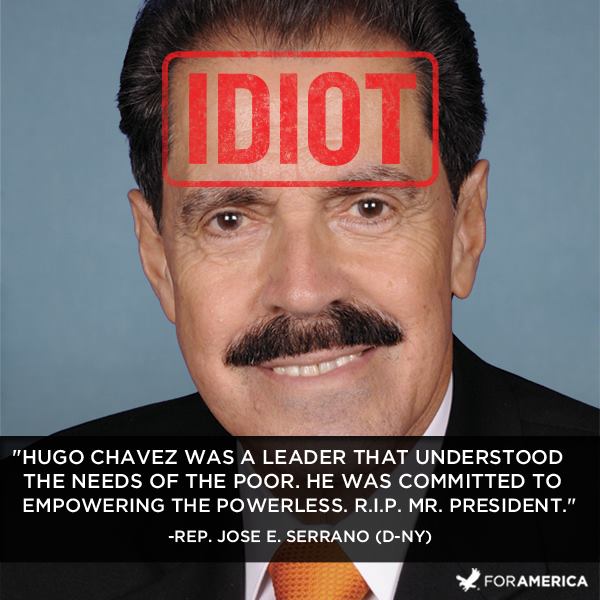 ( II Chronicles 7:14 KJV ) “If My people, which are called by My Name, shall humble themselves, and pray, and seek My Face, and turn from their wicked ways; then will I hear from Heaven, and will forgive their sin, and will heal their land.”!!

United We STAND with Israel-Yisrael and our Christian Nation United States of America, Divided We FALL!!

is KING of kings and LORD of lords, HE is the ALPHA and OMEGA, HE is the FIRST and the LAST, HE is the BEGINNING and END!! Glory GloryHallelujah, Maranatha, and He Loves