Please Pray for Israel and our Christian Earth!!

The Israeli jets and artillary “Tamuz” missiles struck nine targets belonging to the Syrian military early on Monday, in response to a cross-border missile attack which killed an Israeli boy and injured two men on Sunday. 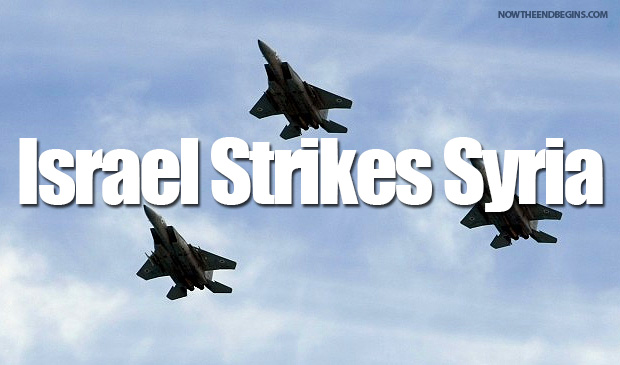 The targets included command posts and Syrian firing positions, the IDF said. “We identified accurate strikes on the targets,” it added. The IDF said Sunday’s missile attack is a “most serious provocation, which comes after a series of terror attacks in recent months on the IDF in the border region in general, and in this area in particular.”

According to a report by Israel Radio, positions of the Syrian Army 90th Division was hit in the Israeli retaliatory strikes.  Following the attack, an army source said it found what appeared to be a hole in the frontier fence, a result of the missile piercing the barrier.

IDF tanks immediately returned fire at Syrian Army positions in response to what an IDF source said appeared to be a deliberate attack on the truck.

The 14 year-old-boy killed in the original attack was Muhammad Karaka, of the lower Galilee village of Arrabe, whose father Fahmi, a contractor, was wounded in the attack. Karaka had been accompanying his father on his first day off school for the summer vacation.

( Genesis 12:2-3 KJV ) “And I will make of thee a great Nation, and I will Bless thee, and make thy name great; and thou shalt be a blessing: And I will Bless them that Bless thee ( Israel–Yisrael ), and curse him that curseth thee: and in thee shall all Families of the Earth be Blessed.”!!

( Proverbs 3:5-6 KJV ) “Trust in the LORD with all thine Heart; and lean not unto thine own understanding. In all thy ways Acknowledge HIM, and HE shall direct thy Paths.”!!